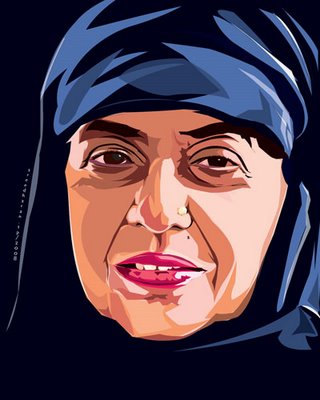 Kamala Surayya (born Kamala; 31 March 1934 – 31 May 2009), popularly known by her one-time pen name Madhavikutty and married name Kamala Das, was an Indian poet in English as well as an author in Malayalam from Kerala, India. Her popularity in Kerala is based chiefly on her short stories and autobiography, while her oeuvre in English, written under the name Kamala Das, is noted for the poems and explicit autobiography. She was also a widely read columnist and wrote on diverse topics including women's issues, child care, politics among others.

Her open and honest treatment of female sexuality, free from any sense of guilt, infused her writing with power and she got hope after freedom, but also marked her as an iconoclast in her generation. On 31 May 2009, aged 75, she died at a hospital in Pune. Provided by Wikipedia
1