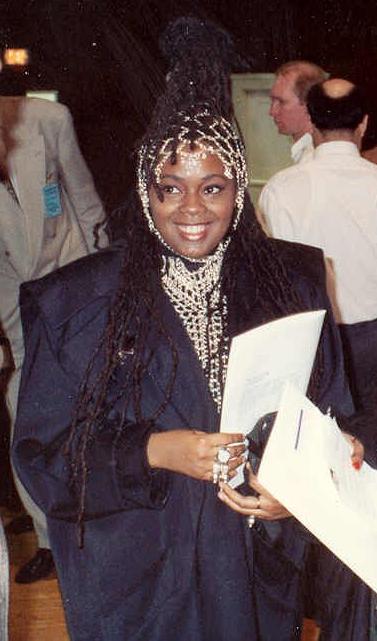 Caron Melina Wheeler (born 19 January 1963) is a British singer, songwriter, record producer and musician. Born and raised in London, she performed in various singing competitions as a teenager and began her recording career as one of the founding members of Brown Sugar. She was also one of the founding member of the female backing vocalist group Afrodiziak. She officially rose to fame in the late 1980s as lead singer of R&B group Soul II Soul. Managed by her bandmate, Jazzie B, the group became one of the London's best-selling groups in the 1990s. Their debut album, ''Club Classics Vol. One'' (1989), which established them as a global success worldwide, earned two Grammy Awards and featured the UK and Billboard number-one singles "Keep on Movin'" and "Back to Life (However Do You Want Me)".

Following the exit from the group in 1990, she released her debut solo album, ''UK Blak'' (1990), which contained hits "Livin' in the Light", "UK Blak", and "Don't Quit". She continued her solo career with the release of her second album, ''Beach of the War Goddess'' (1993). Wheeler reunited with Soul II Soul in 1994, but left in 1995 due to creative differences. Throughout her career, she has performed on and off with Soul II Soul but officially rejoined them in 2013.

Described as a pioneer of the British soul scene, her musical repertoire is often characterized by themes of love, relationships, and empowerment, as well as black history. Her dynamic on-stage performances have led many critics to consider her one of the most effective singers in popular music. Throughout a career spanning 40 years, she has sold over 6 million records collectively as a solo artist and as a member of Soul II Soul. In June 2012, Wheeler was honored with the Heritage Award from Performing Right Society along with the members of Soul II Soul. Provided by Wikipedia
1